Recently I developed a Ruby wrapper gem for Bitcoin & Ethereum RPC APIs. Using that I started converting Bitcoin transactions to a SQL format just for fun. My plan was to query the transactions easily to get some stats about the transactions that people did in the past few year. I thought it would be maximum 1 week task to convert all transactions which were in 500K+ blocks by that time. But by the time I write this blog post, I am still running the script.

Until the first 100K blocks I used a very simple Ruby script that iterate through blocks, get informations about transactions & write them to the SQL table one transaction by one. But later I realized writing one by one to SQL table is not an efficient thing. So I modified my script to support bulk insert to the SQL table. Right now the script is writing to the table 500 transactions once. It was faster than the previous implementation, but still it will take few weeks to finish this operation.

If you want to have a look at the Ruby gem I developed & used to connect to Bitcoin RPC APIs, here is the elchapo gem.

If you don’t know what is testnet, it is a test network for Bitcoin. It behaves as same as Bitcoin, but if you have testnet Bitcoins in your wallet it doesn’t have any value. So usually developers can do testing with this testnet other than directly do transactions with the real Bitcoin network which is not a good way to test.

A block contains these information which we can extract from the RPC API, 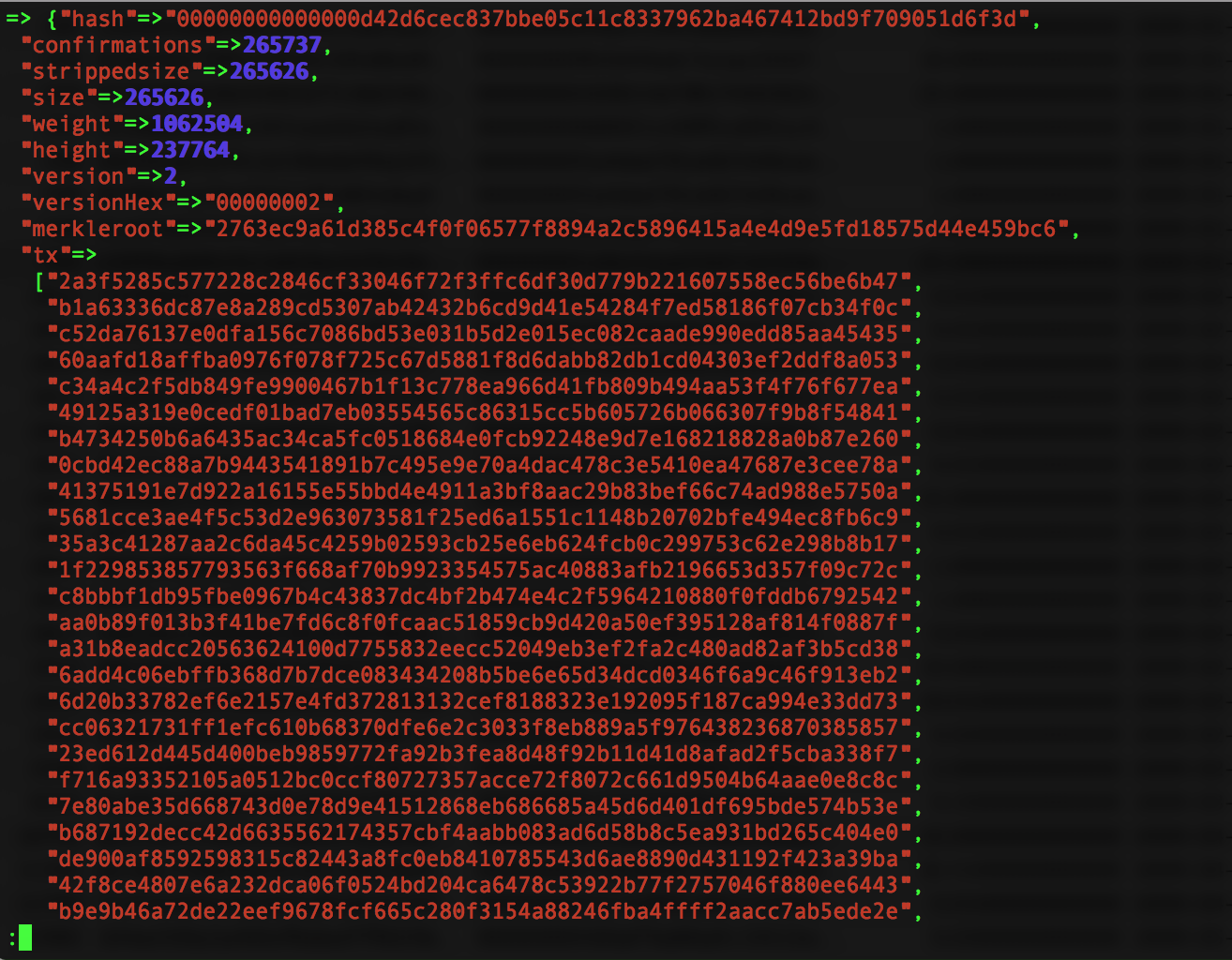 And a block can contain multiple transactions. Using those transaction ids, I can get the raw transaction details, which looks like this. I used these JSON responses to populate the SQL database. 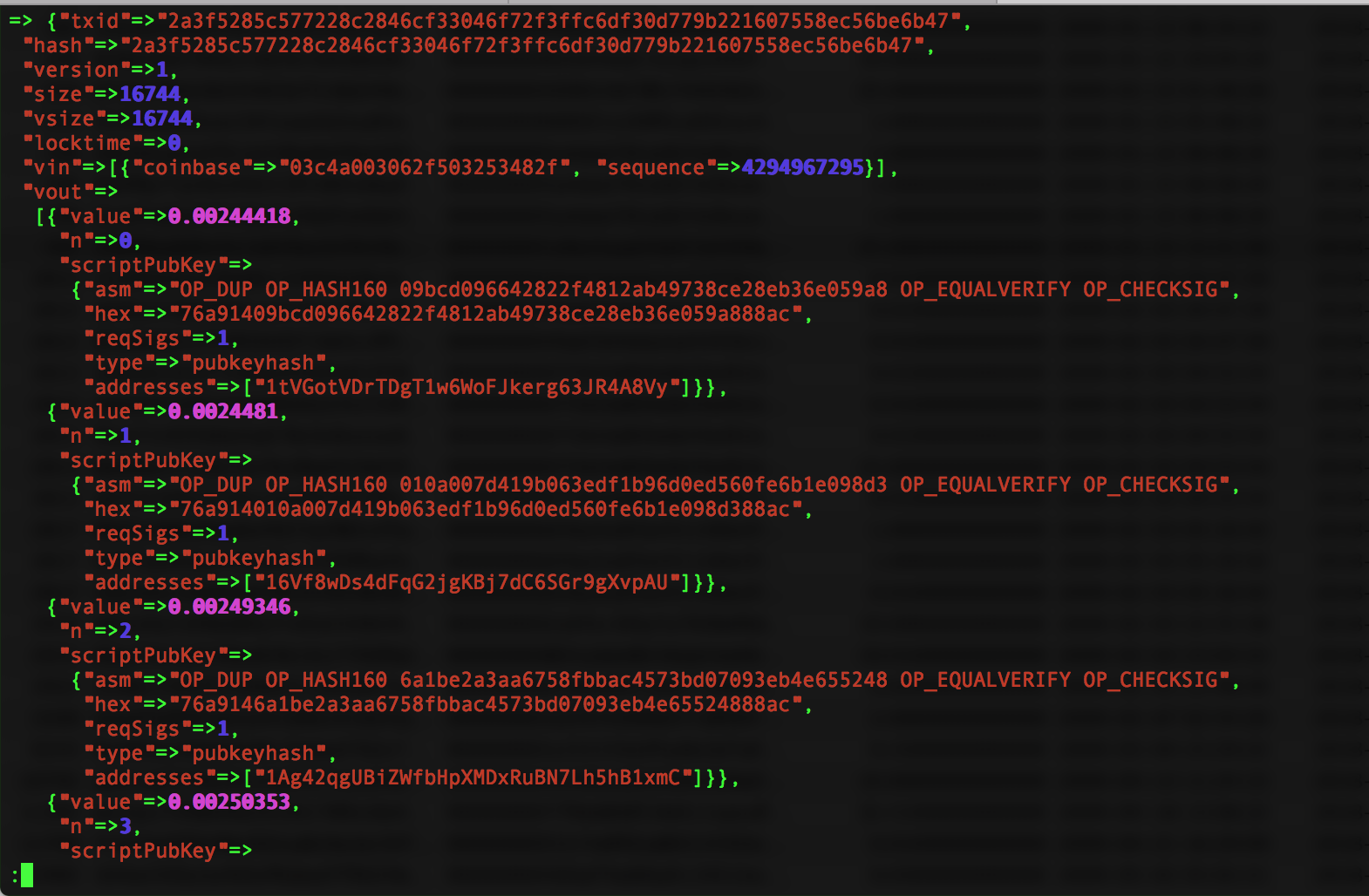 Here is my SQL table with columns I used to save converted data. 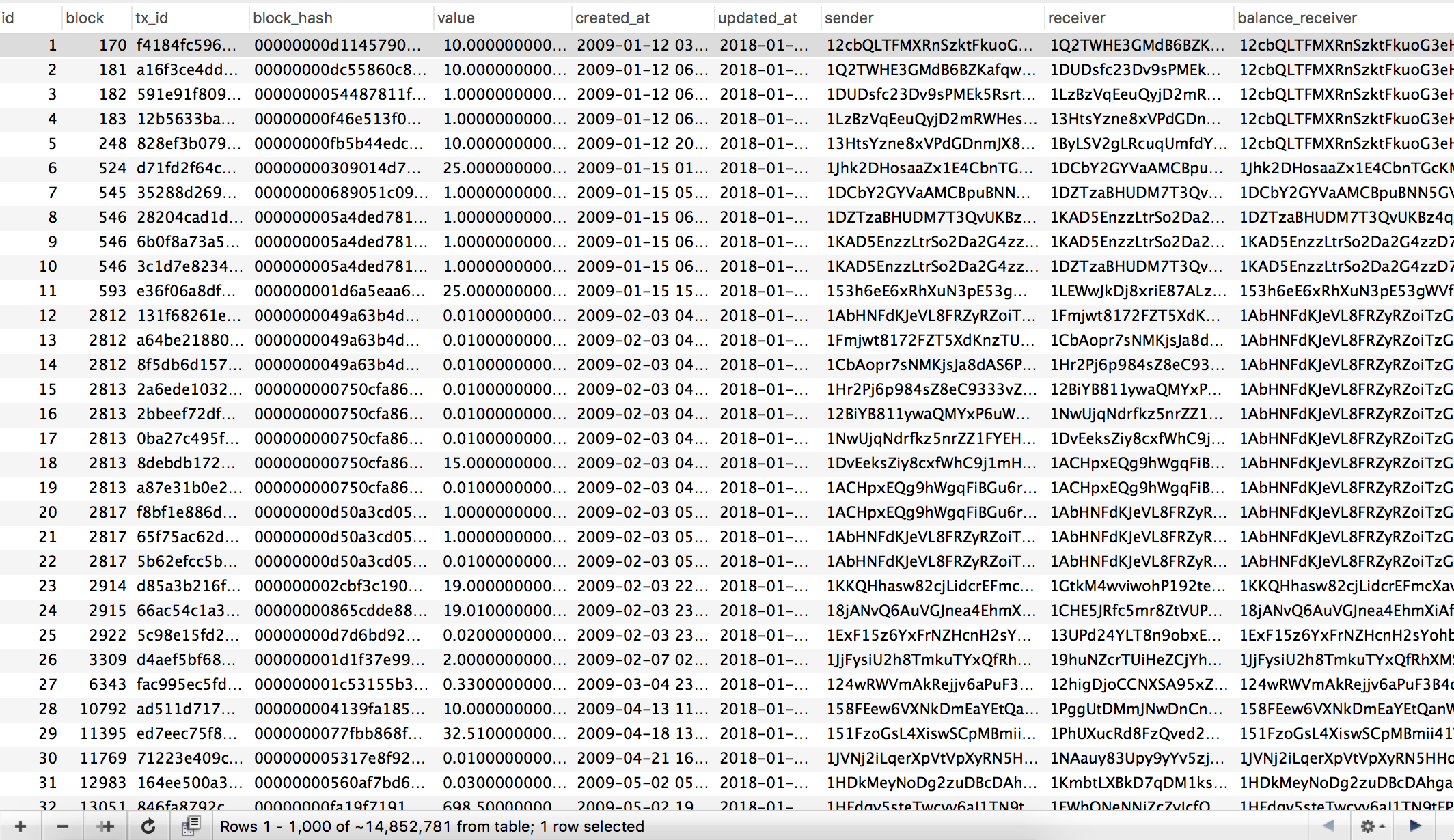 Here is that transaction on blockexplorer

blockexplorer.com screenshot for that transaction. 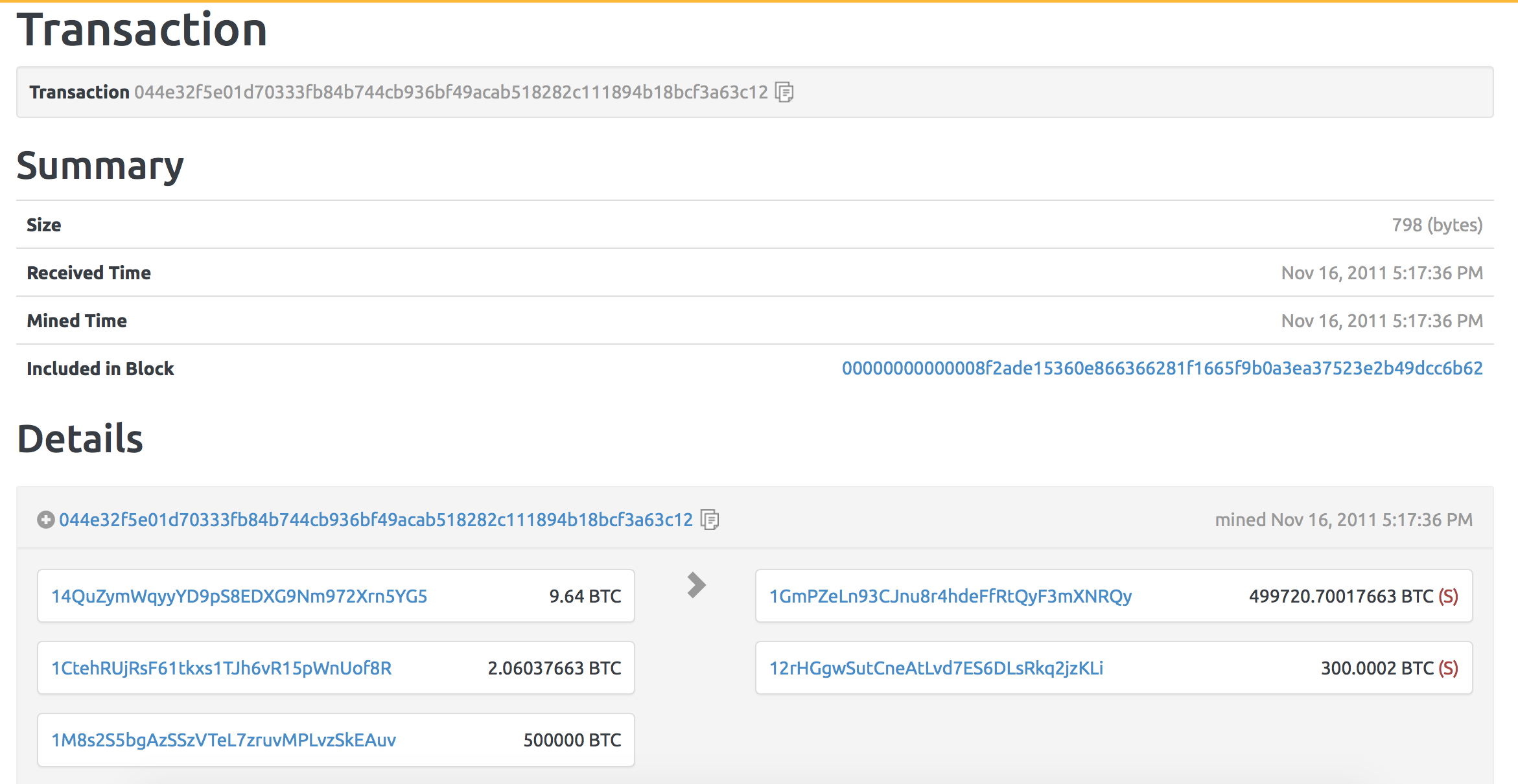 More will come soon once I complete converting all transactions to one SQL table. 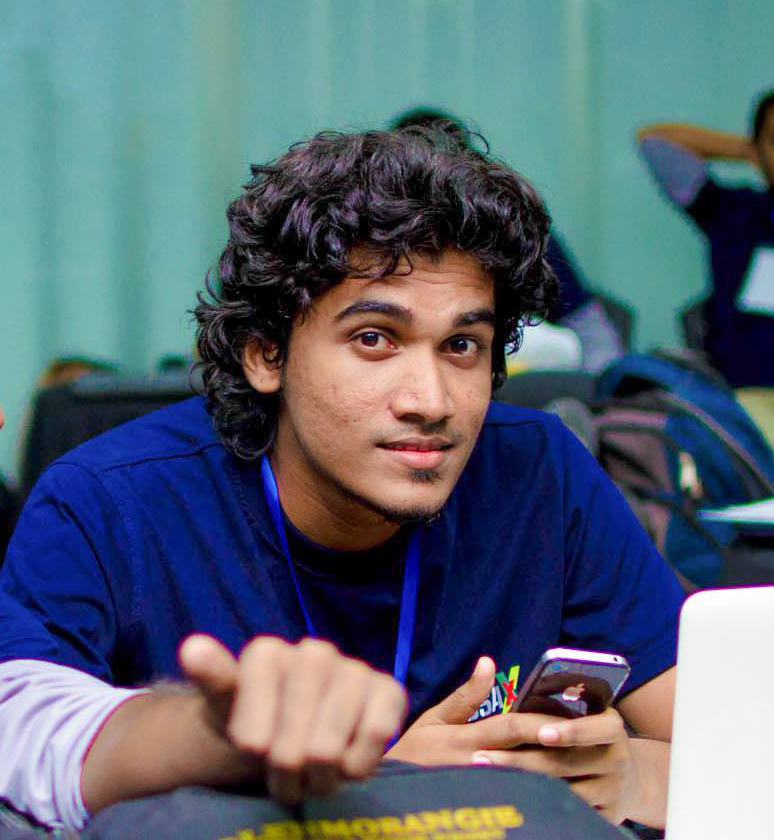